SUPPORT OF THE INSTITUTES OF MASTER COMPANIONS OF FRANCE

If he wishes to enter the Compagnonnique society and become a Companion, the young traveler makes a model during his free time. This model, also known as a masterpiece, is a complex object, designed and executed by the candidate. He cumulates a large number of technical difficulties there to demonstrate his mastery of the trade.

A first simple model is required of young workers after one or two years of the Tour de France, to be admitted into the Compagnonnique company. This is the adoption model.

Later, when he feels ready, he presents a more complex masterpiece to receive the title of Companion of the Tour de France. This is the reception model.

The Companions judge his masterpiece as well as his professional and mora​l qualities. They decide on the admission of the candidate to their company, to the rank of Companion of the Tour de France. The masterpiece is therefore a passing exam. This masterpiece also allows him to obtain some of the units necessary to obtain the Arts and Crafts license equivalent Bachelor Degree and architecture or engineering level.

Wanting to be a Companion is to adhere to the essential values, the profession, the journey, the sharing and the solidarity:

The profession was chosen by the Journeyman. He loves it passionately and practices it conscientiously.

Travel is a wonderful means of knowledge and training. It also allows the Companion to build a character, a temperament. The Companion loves freedom, and decides his own course.

Mutual teaching is a main characteristic of Companionship:

- Solidarity brings together the Companions who form a group strongly united by the love of professions. Together, they are stronger and help each other.

What is being a Companion?

Being a Companion means making these few simple principles your own: transmitting your know-how, being voluntary, upright and faithful in your commitments, being able to question yourself, having a marked taste for entrepreneurial freedom and thinking for yourself -even.

Being a journeyman is not simply doing one's job well, but it is seeking excellence, it is possessing a particular know-how, it is having a different training, at the same time technical, philosophical, human and moral. It is therefore a real know-how that the Compagnons offer to young people to succeed in their lives.

History about the Masters Companions ​

The Tour de France is the route which will allow a young professional to become a Companion.

With a basic diploma in hand, the young "itinerant" will travel for several years step by step through the network of the headquarters of the Companion Federation, at the rate of one or two cities per year, as an employee. This trip allows the discovery of techniques, materials, methods and means of work, different from one region to another and from one country to another. The journey constitutes, beyond the meeting of techniques and experiences, this course of life during which man is built thanks to the trials to be overcome and the stages to be taken.

Perfecting your training on the Tour de France means:

- deepen your profession until you master it down to the smallest detail,

- practice the spirit of solidarity,

- learn to pass on knowledge.

During his journey, the itinerant goes through two symbolic stages:

- Adoption: he becomes a "member" (aspirant, affiliate or young man depending on the companion company) by making a first model and with regard to his behavior in the company as well as at the head office.

- Reception: he is received as a companion, after a symbolic initiation and the creation of a second model (the reception masterpiece), and always with regard to his moral and professional qualities.

The Tour de France does not stop with this title of journeyman: the itinerant continues his journey for a while, now in his turn taking on responsibilities in the supervision of the youngest, for example by being a “roller” or “rôleur. », A young companion organizing and distributing recruitments,« ambassador »of itinerants to sedentary people.

When he becomes sedentary at the end of his turn, the companion is an accomplished man, recognized and aware of his role in contemporary society.

The Tour de France: for whom, how?

To be a candidate for the Tour de France, you have to be ready to adopt a new rhythm of life. You have to be motivated by the passion for your job and want to travel and meet other professionals.

To start his Tour de France, the young worker must have in his pocket a first professional diploma, such as a CAP or a Bac Pro, obtained in a training center of the Companions of the Tour de France or in another establishment.

After having chosen his course of study, passed the aptitude tests and passed an interview, the young worker can start his Tour de France as an itinerant worker.

His employee status allows him, unlike a university student, to "earn a living" from the first year by receiving a salary and contributing for retirement. The Tour de France provides access to in-depth and varied technical knowledge as well as the coveted title of Companion of the Tour de France.

Entry into the Tour de France does not imply any definitive commitment. The young itinerant worker-student will be able to interrupt the experience when he wishes.

If he succeeds in being a Companion, he will always keep within him the “Companion spirit” built around authentic and profound values ​​resulting from the confrontation between man and his profession and forged by the experience of a community life during the years of the Tour de France. From now on, its duty will be to make these values ​​endure in the minds of contemporary youth.

The reception centers, also called the Companions' houses or headquarters, house, feed and train the young itinerant workers who travel on the Tour de France. They live there in community with other itinerants and Companion formators. The homeless can also be accommodated in "a countryside", a secondary seat, dependent on a regional Federation and facilitating access to hires too far from the main site.

These seats include bedrooms, dining rooms and a common room, and classrooms and improvement workshops where evening classes are held.

Documentation rooms, a library, a games and television room are present in each reception center.

Each seat is on a human scale. The atmosphere is friendly and the emphasis is on respect and responsibility for everyone.

The “Mother” or the “lady-hostess” animates the reception center and the Companion shows her great respect. It provides young workers with support and assistance in their various procedures such as family relations or managing their budget. Thanks to her, the reception houses look like large family houses.

Community life makes itinerants the real actors in the life of their Headquarters. Their challenge is to become autonomous. Outside of classes and with the help of sedentary companions, they organize sporting and fun meetings between Headquarters, cultural evenings, conferences, visits to monuments or workshops or even factories, meals with companions ...

- He puts forward the action as a means of accomplishment

- It offers a unique opportunity to open up to the world

- It allows the young itinerant “worker-student” to walk at his own pace through a geographical and human course adapted to his potential and his convictions.

At the center of the Companions universe

The young worker sees the true dimensions of the Tour de France when he enters the world of the Compagnons:

- It allows him to live an extraordinary adventure full of encounters

- It promotes the development of a spirit of initiative and solidarity

- He transforms the young man into an accomplished man

- It allows you to progress professionally at your own pace, to meet different techniques, companies and working methods at each stage,

The Tour de France also allows you to earn a living while training, to become a man of experience and value, to become a great professional sought after by companies.

Train on the Tour de France

For the Companions, training is essential.

This is all the more true as the growing importance of new technologies in the building trades requires specialized education because it is more technical. This is why we have built a real training course going from CAP to Professional License.

The experience acquired is valued.

But it must be understood that with the Compagnons, experience is as important as diplomas. The years of Companionship allow everyone to progress at their own pace. A student can become a Companion after 2 or 5 years. He presents his "model" or "masterpiece" when he feels ready. Throughout his Tour de France, he benefits from so-called social promotion training, given in evening classes. Thanks to this training as well as the validation of the experience acquired in the field, he can obtain diplomas.

No rule sets the duration of the Tour de France.

Everyone progresses at their own pace. It is generally during the first or second year that one formulates one's request to enter the Compagnonnique society. It takes a few more years to gain the title of Companion.

A period of 4 to 6 years is a commonly observed average.

Hiring on the Tour de France

On the Tour de France, the young itinerant worker has no difficulty finding work.

The Compagnon responsible for hiring only offers him places where he is certain of finding a job. More than 800 companies each year welcome itinerants.

The young itinerant worker enters the company with the wealth of his training and his previous jobs. His know-how and the irreproachable quality of his work allow him to integrate easily.

Thanks to this fixed-term job, he will discover new ways of working and share his know-how.

What salary for the Tour de France?

On the Tour de France, the young “itinerant worker-student” is an employee in the company that hosts him. Unlike a young person in university or in a private school, he is financially independent and has no housing problem or obligation to find small "jobs" to live.

The salary of the young itinerant worker on the Tour de France depends on:

- his level of training,

- of the Collective Building Agreement.

It ranges from the legal minimum wage, for young workers who have just arrived, to the salary of a site manager for very experienced Compagnons.

Some Masterpieces produced by the Companion Masters 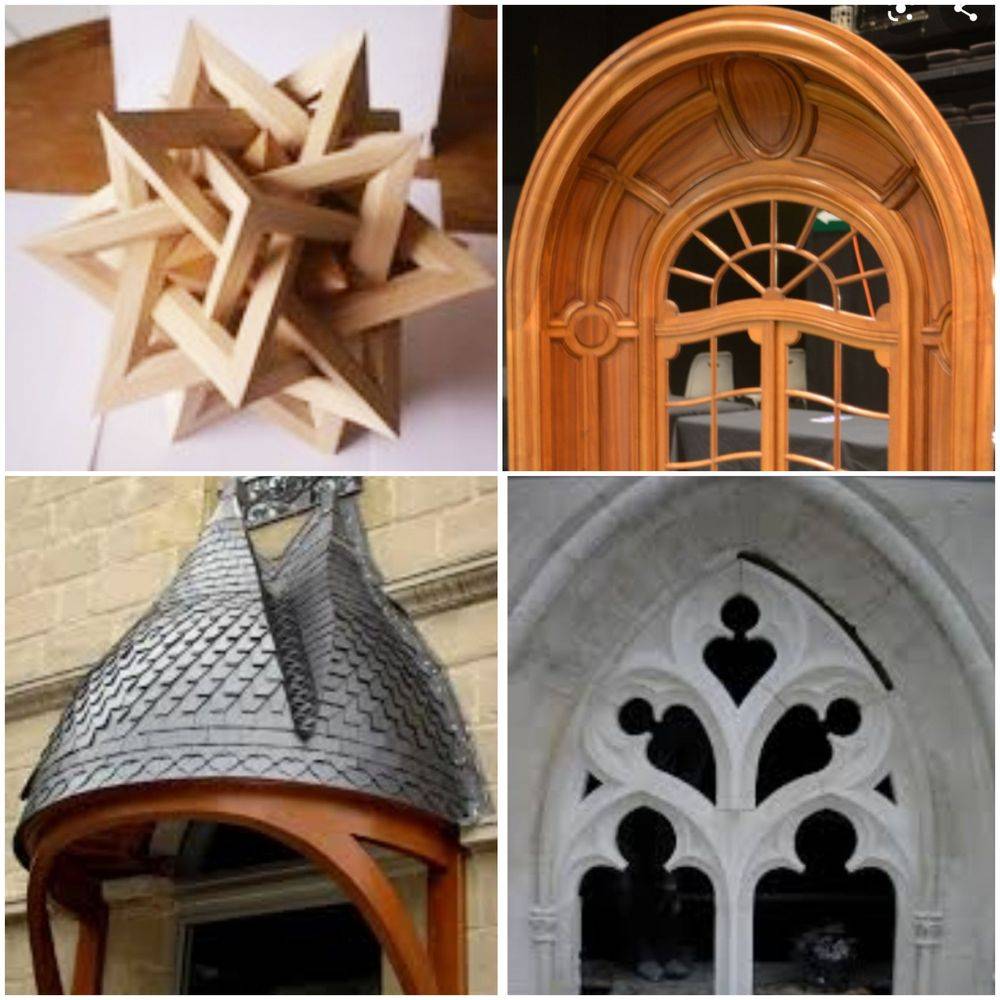 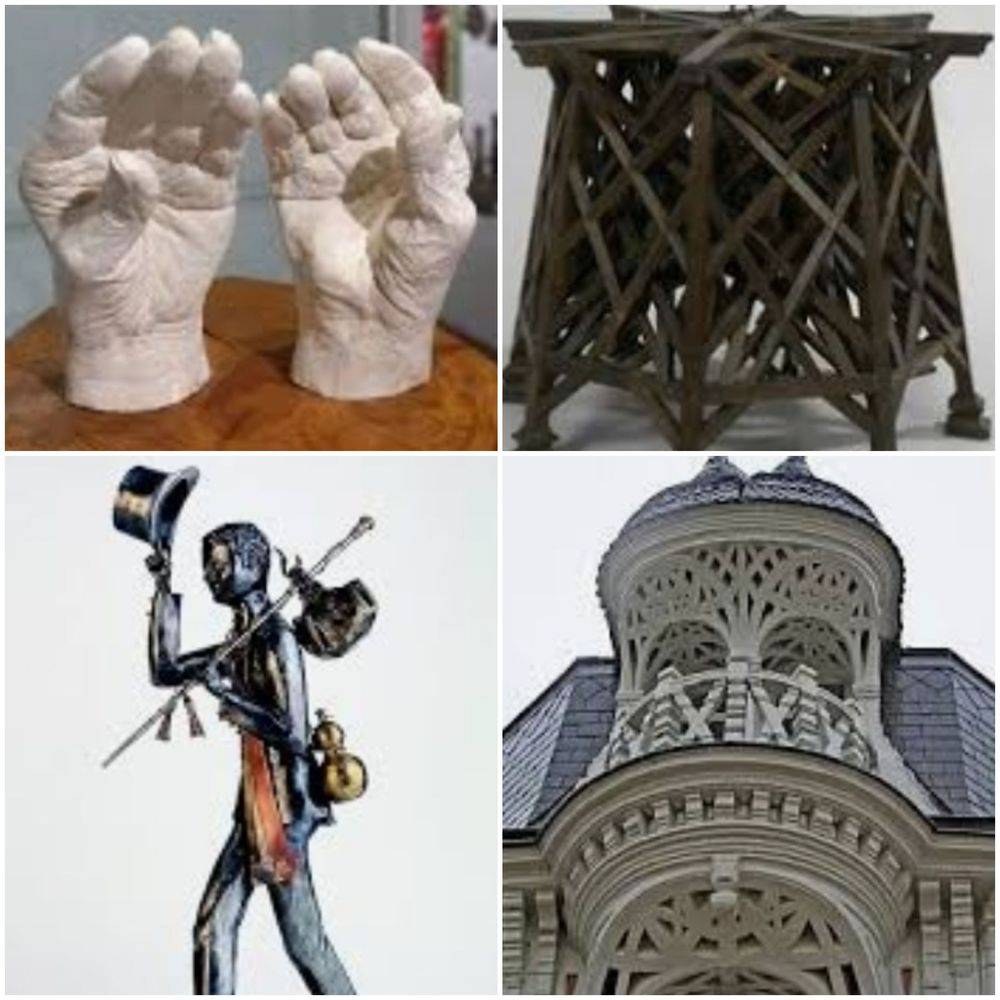 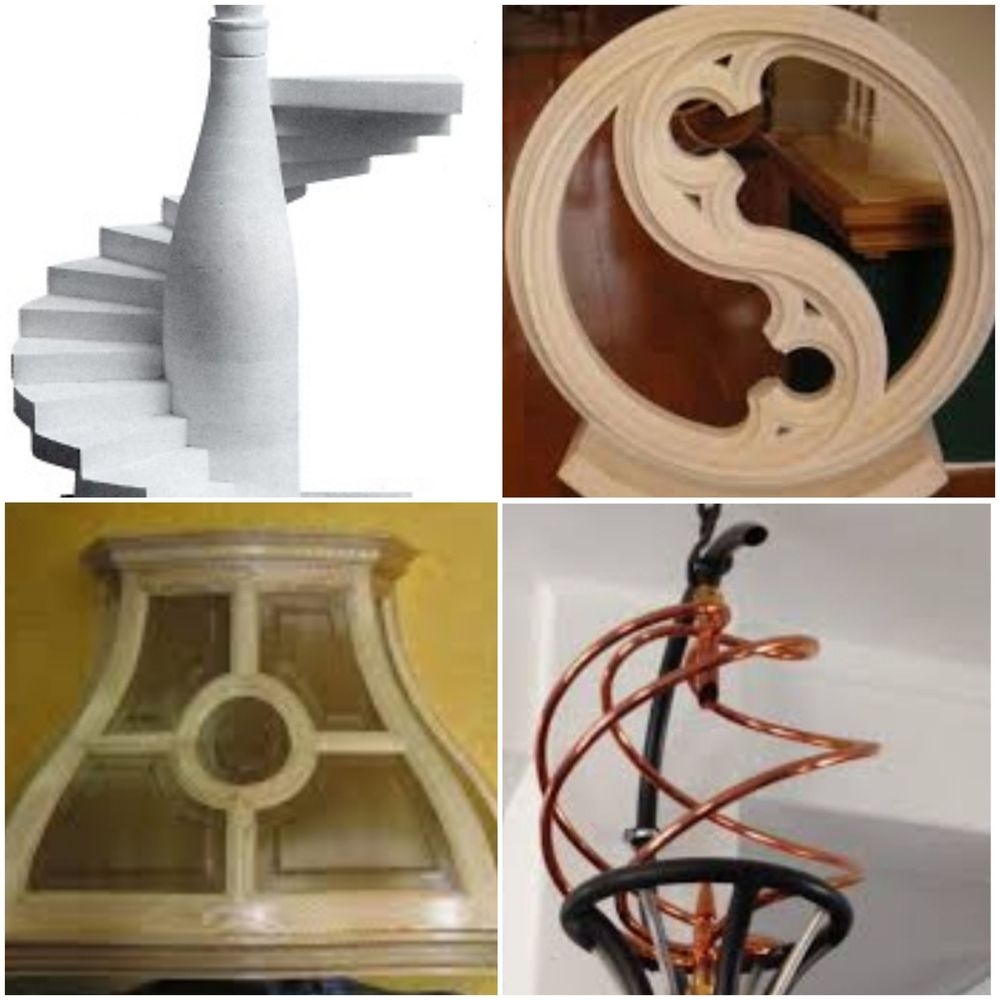 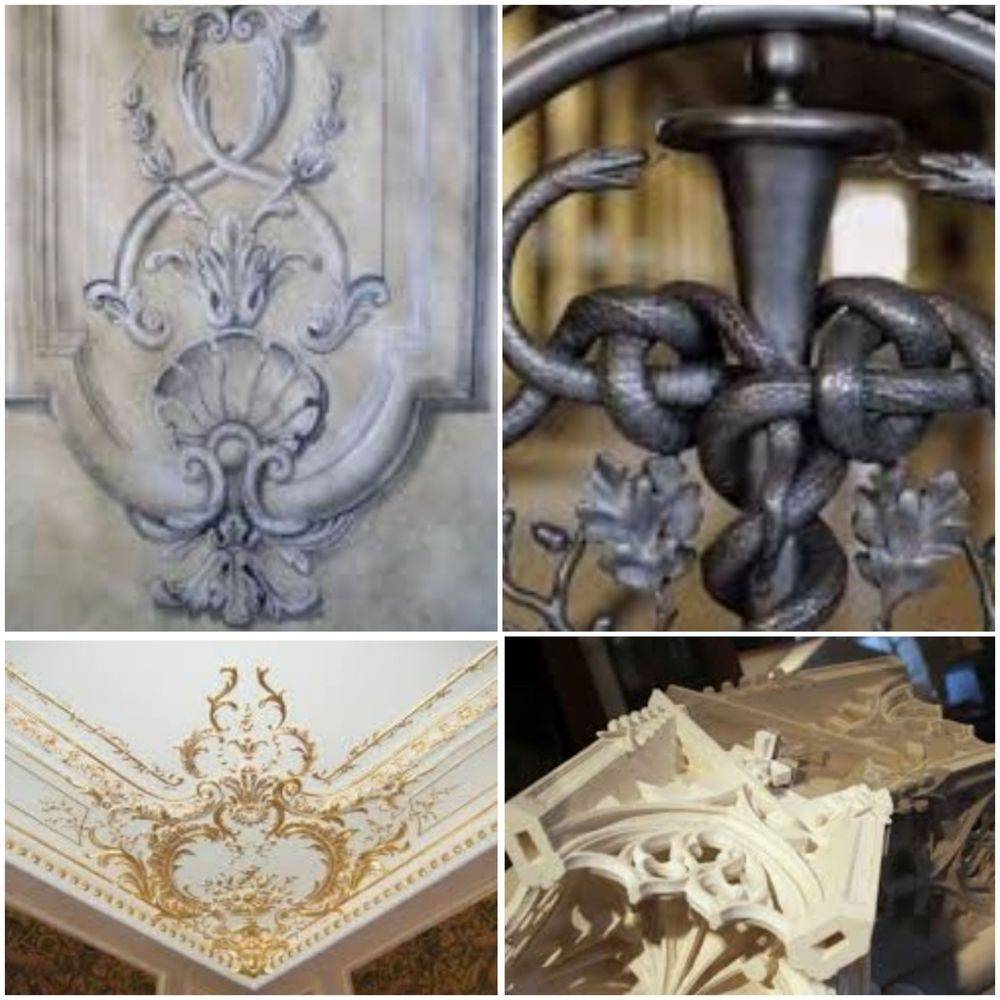